The Mystery of Inflation in Argentina 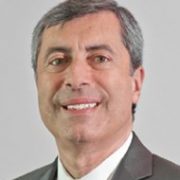 A couple of weeks ago, I traveled to Argentina – where I was born – to visit family and friends. Everybody I talked to in Buenos Aires was concerned that prices were going up from food to utilities to household goods.

Inflation is around 50% per year, which is bad enough, but the main concern is that salaries are growing much more slowly. At the same time, devaluation of the local peso against the US dollar was roughly 100% during 2018.

Loss of purchasing power for most people has impacted sales of consumer goods, while interest rates are very high, hindering credit for business activities.

Unfortunately, inflation and related economic disruption are not new to Argentina. Before the fall of the Berlin Wall in late 1989, I remember economists used to joke that there were four economic systems in the world:

As a result, since 1970 the national peso was replaced four times, most recently in 1992. The current peso is equivalent to 10 trillion of the denomination existing in 1969. Yes, it lost 13 zeros in a bit more than two decades.

In college, we were taught the three functions of any currency:

Argentina is a de-facto bi-monetary country, as most of the population uses the US dollar and not the Argentine peso as the store of value, because they don’t trust the peso due to its continued depreciation.

There has been much debate in Argentina and abroad about how to control inflation and build confidence in local currencies in order to foster investment and growth. In 1991, the Argentine government decided to peg the peso to the US dollar at a fixed exchange rate of 1 to 1, known as convertibility.

Because the US dollar was strong in the late 1990s, the peso was overvalued in the rest of the world, especially against a weak Euro and Brazilian Real, reducing Argentina’s competitiveness and compounding the account deficit.

By the beginning of the 2000s, it was clear the fixed rate system needed adjustments to adapt to the international economic environment. However, the Argentine government stuck to the 1 to 1 exchange rate.

As the economy deteriorated, in December 2001 the Economy minister restricted bank deposit withdrawals to a maximum of 1,000 pesos/dollars per month. This extremely unpopular measure led to riots and looting, causing the resignation of the Argentine president. Since the vice presidency had been vacant for a long time, the replacement president was appointed by Congress. Given the magnitude of the crisis, each appointed president lasted only a few days, leading to having five presidents in two weeks at the end of 2001.

The convertibility regime crashed and was formally abolished in early 2002, allowing the US dollar to float, stabilizing at a rate of approximately 3 pesos per dollar, triggering two-digit inflation… again.

After trying to reduce inflation gradually for a couple of years, lack of funding forced President Macri’s government to face the root cause of inflation – the deficit in public accounts, due to oversized and inefficient federal expenditures.

It was part of the agreement with the International Monetary Fund in mid-2018 to support Argentina. At USD 50 billion, it was the IMFs largest ever loan to cover the financial needs of the Argentine government through most of 2020.

Surprisingly, this support did not bring inflation down as desired, nor did the stringent monetary policy implemented by the Argentine Central Bank. What is not surprising is that presidential elections scheduled for the second half of this year with candidates identified only in June adds more uncertainty to the economic turmoil.

We all know that time is money in business, but it is crucial in an inflationary environment, with high interest rates, little available credit, and recession. Consequently, the role of the CFO becomes even more important: the key player in protecting profitability by optimizing working capital in accounts receivable and inventory and setting credit policy to minimize collection-related risk. 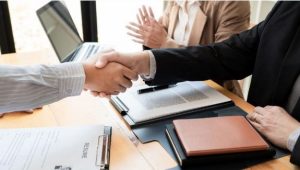